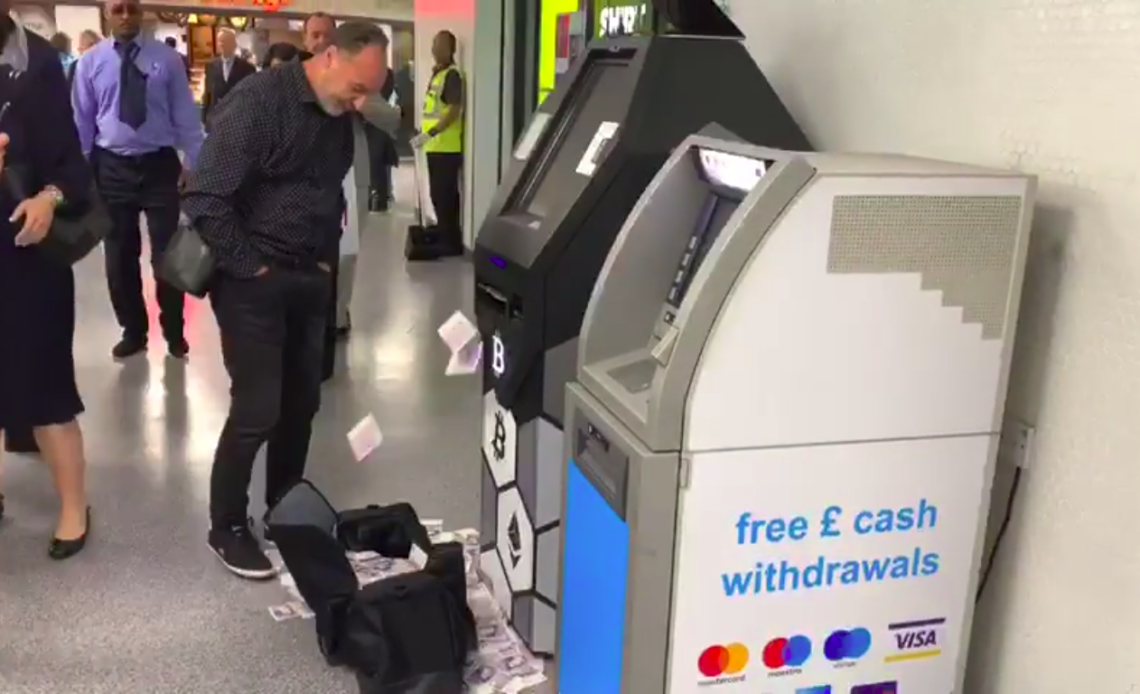 Several people were able to record the odd event and share it on Reddit. On the footage, a security guard protects the machine from the curious people who saw the scene. None of them (at least as far as one can see in the video) tried to take a bill. 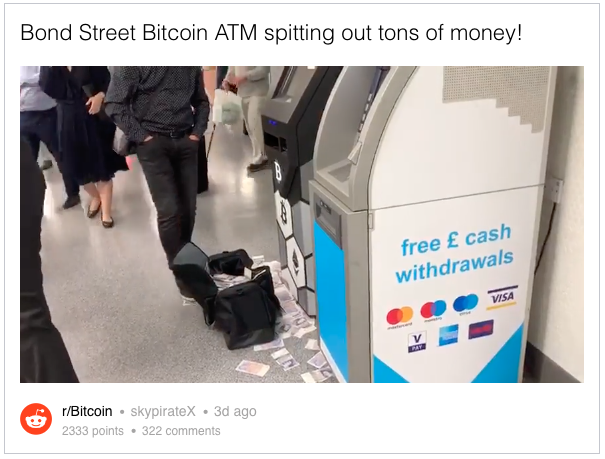 The cashier was spitting out money for several minutes, which is why several people speculated that it was not a malfunction but rather a hack. The methodology, known as “jackpotting” basically allows the hacker to operate the ATM remotely making it spit out money on command.

If true, the perpetrator could be facing criminal charges.

Bitcoin ATM Operator: “It Was Not a Hack”

Shitcoins Club, a polish company that owns more than 60 Crypto ATMs distributed all over Europe, managed the Bitcoin ATM.

In statements to The Next Web, Shitcoins Club denied that it was a hack and commented that from their point of view everything was a trick to give the illusion that the ATM went crazy:

“Everything was going well during this transaction … As you can see there is a bag in front of the ATM.”

In fact, in a Reddit post, a spokesperson said that anyone can see the location and funds availability of each of their ATMs, so it was easy to withdraw such a large amount of money (as long as the necessary funds were available).

“Our ATMs are the only ones in UK which can handle large cash withdrawals. On our website shitcoins.club on the “locations” tab, you can find out exactly how much GBP ready to withdraw holds each of our ATMs. The ATM at Bond Street Station (West One Shopping Centre), has at the moment 30,000 pounds which can be withdrawn immediately, in exchange for BTC, LTC or DASH. Our ATMs are usually topped up to 20 000 pounds.”

Either way, the crypto-verse is one weird place to be sometimes.