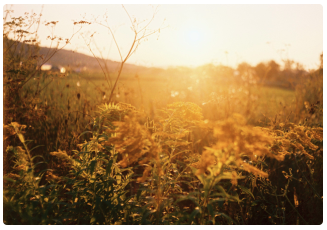 Over the past few days, bears have managed to wrest the wheel of the proverbial Bitcoin car from bulls. And since then, this class of investors has been driving BTC off a cliff.

As per the time of writing this article, the cryptocurrency has found itself changing hands for $10,560 apiece, having shed 6% of its value in the past day. Data from Coin360 suggests that Bitcoin is down around 11% in the past week, marking one of the larger weekly losses in this bull market.

This dramatic move lower comes shortly after countless cryptocurrency investors on Twitter were calling for bulls to commence their next leg to the upside. In fact, just the other day, an analyst from Goldman Sachs — the world-renowned investment bank — eyed a “short-term target at $13,971” for BTC. Should the cryptocurrency encounter that level, that would mark a double top, as $14,000 is where Bitcoin reversed in late-June.

The analyst continued, writing that Bitcoin’s potential move to tap $13,971 may be the “first leg of another five-wave count similar to the trend that lasted from December 2018 through June 2019.”

And thus, they advised their clients to buy any retracement from their aforementioned short-term target, barring that BTC “doesn’t retrace further than the $9,084 low.” 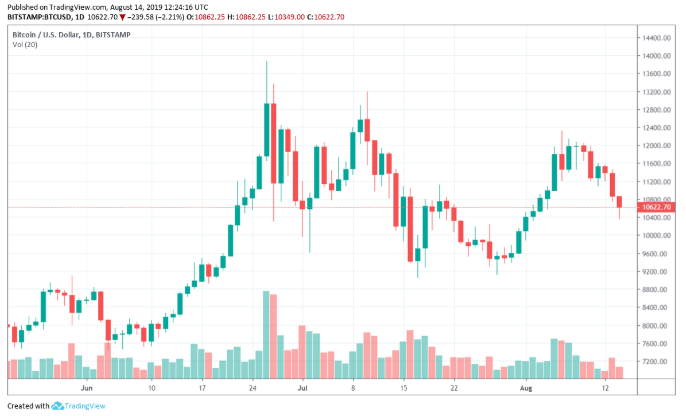 While the drop may seem like it has no end in sight, analysts are starting to expect a bounce — at least one in the short term. Analyst Crypto Hamster recently explained that Bitcoin’s recent drop reminds him of BTC’s drop in late-2018 to $3,000 from $6,000. In other words, a bounce may ensue in the coming days.

He explained that structurally, the moves look similar. The legs lower are losing momentum, as marked by declining volumes; the RSI, Stochastic RSI, and MACD histogram hit “extreme lows” and have started to print bullish divergences; the biggest sell volume occurred a while before; sentiment is overly bearish. This may imply Bitcoin could soon see a relief bounce.

That’s not all. The Bitcoin Fear & Greed index has reached the December lows. The indicator, which aims to measure how the market is feeling about BTC’s price action, reads an 11 — “extreme fear”. 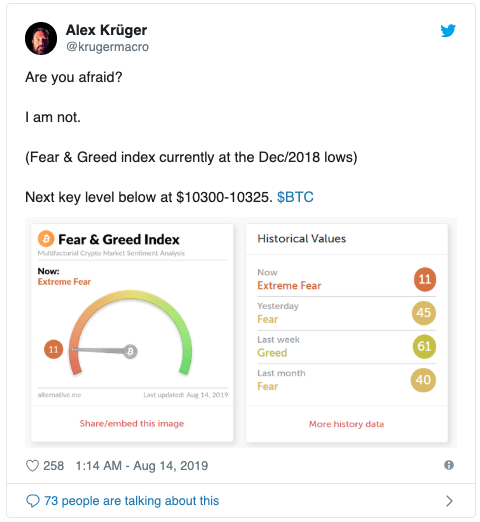 According to the makers of Bitcoin Fear & Greed Index, a bounce — a short-term one at least. A description of the index from the website reads:

“The crypto market behavior is very emotional. People tend to get greedy when the market is rising which results in FOMO. Also, people often sell their coins in irrational reaction of seeing red numbers. Extreme fear can be a sign that investors are too worried. That could be a buying opportunity.”