Bitcoin's latest rally has pushed the global market up by about 5%. 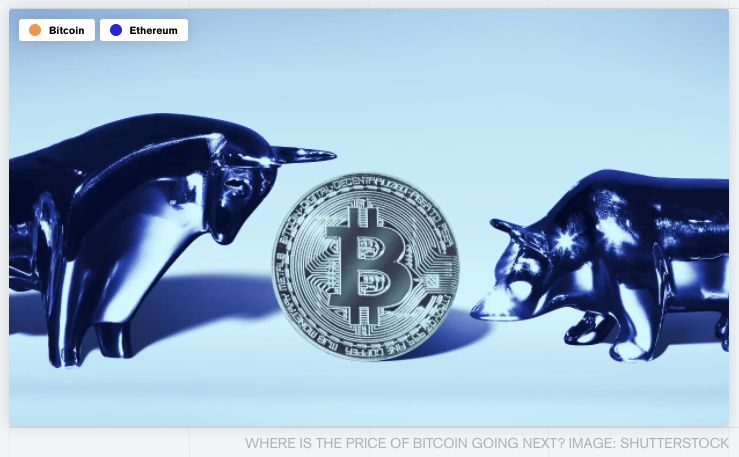 Bitcoin’s price has flown past $40,000 to highs of just under $42,000, according to data from metrics site CoinGecko. 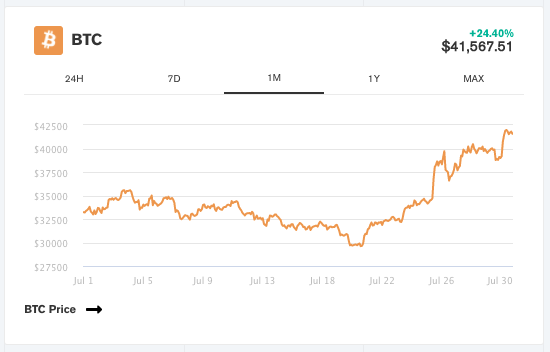 Coinciding with the boom is a strong week for the U.S. economy. Several major tech companies, including Facebook, Amazon, Apple and Google, posted bountiful profits.

The spike also occurred shortly after $1.5 billion in Bitcoin options contracts expired on unregulated derivatives exchange Deribit. This allowed traders to buy up Bitcoin at a discounted rate to get a headstart on the latest rally. It also coincided with the surfacing of reports that GoldenTree, a U.S. hedge fund with $45 billion in assets under management, had invested in Bitcoin.

The rise to just under $40,000 happened last week after a report from City A.M. that Amazon would "definitely" accept cryptocurrencies this year and would launch its own coin. Amazon has since denied the rumors, which City A.M. attributes to an Amazon insider, but that didn’t stop the market from rising.

Ethereum joined Bitcoin in its weekend success. The second-largest cryptocurrency by market cap rose 4.8% to $2,458. This is Ethereum’s highest price since the middle of June. 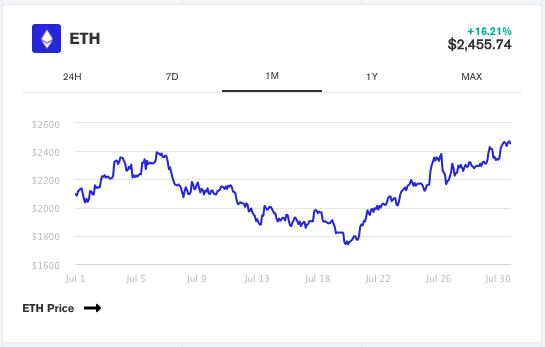 Original article posted on the Decrypt.co site, by the Decrypt Staff.