Bitcoin is Trying to Move Higher, $48k to $50k its First Real Target 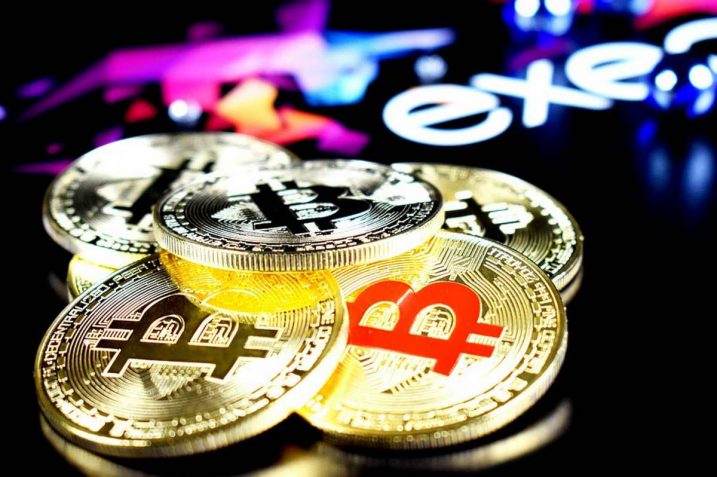 Legendary trader and the inventor of the popular charting tool of Bollinger Bands, John Bollinger, has postulated that Bitcoin could retest the $48k to $50k price area in the near future. Mr. Bollinger shared his opinion in response to a Tweet by crypto community member, @BigCheds, who had requested his input on Bitcoin’s next possible course of action, based on the Bollinger Bands on the daily chart.

Mr. Bollinger went on to respond that a Bitcoin bottom is likely in place and BTC is trying to move higher. According to his analysis, Bitcoin could retest the lower boundaries of the prior range of Bollinger Bands witnessed in the second half of the month of May. This range is the aforementioned $48k to $50k target set by Mr. Bollinger.

Below is a screenshot of the Twitter conversation between Mr. Bollinger and @BigCheds, discussing Bitcoin’s current price action. 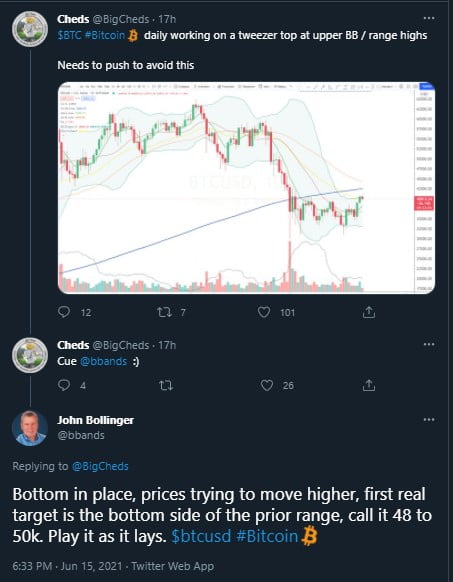 Crypto community member @BigCheds went on to point out to Mr. Bollinger, that it was difficult being bullish given that Bitcoin was yet to reclaim the 200-day moving average and to flip the $43k price area into support. Mr. Bollinger acknowledged his concerns and concluded that the markets ‘will let us know’. His exact response can be found below.

We just see things differently, nothing wrong with that, the market will let us know what to do, the rest is just opinion.

Bitcoin Continues to Consolidate Between $39k and $41k

In the last two days, Bitcoin has been consolidating between the$39k and $41k price zone. At the time of writing, Bitcoin is trading at $40,200 with the 200-day moving average converging with the $42k to $43k resistance zone.

If Bitcoin can flip both the 200-day MA and the $42k to $43k resistance zone into support, it increases the chances of Mr. Bollinger’s scenario playing out before the month of June comes to a close.

However, caution is advised as the $42k price area was also a formidable resistance for Bitcoin in early February, when BTC miners kept selling their earnings at this level.