Review found no effect, but didn’t address the vitamin’s other benefits 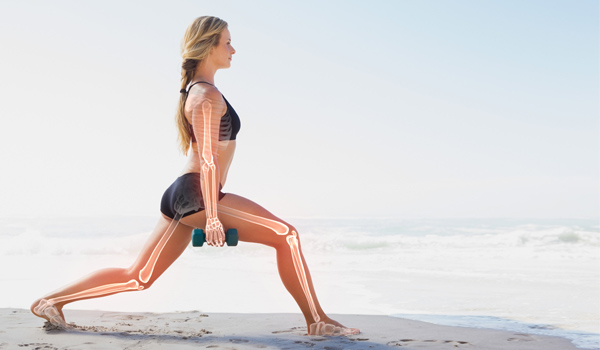 Supplemental vitamin D may not help prevent bone fractures, judging by the results of a new evidence review.

But none of the clinical trials included in the review lasted more than one year and the maximum doses provided weren’t much higher than the rather conservative U.S. RDA.

In addition, some — though not all — studies show that combining vitamin D with calcium does bolster bone strength.

Yet, in sadly predictable fashion, some headlines jumped to the ridiculous conclusion that “it’s time to toss your vitamin D pills”.

Those headlines are misleading because there’s good evidence linking supplemental vitamin D to enhanced heart and metabolic health and reduced risks of death from cancer and other causes.

And next month we expect to see results from “VITAL” clinical trial, which is testing the effects of vitamin D3 and omega-3 fish oil on the risks for cancer and cardiovascular disease.

That trial is exceptionally large (25,000+ participants) and lengthy (eight-year), and the doses being used are reasonably high, so it should provide a better sense of the heart and cancer value of both supplements.

Review sees little or no bone-health value from vitamin D pills
Recent, large-scale evidence reviews haven’t seen much effect of vitamin D on bone-mineral density or the risks for falls or fractures.

Most of the 81 clinical trials studied the effects of relatively modest doses of supplemental vitamin D (not combined with calcium) and lasted one year or less.

More than three quarters of the trials (77%) involved women over the age of 65, and more than two-thirds (68%) of the trials involved vitamin D doses of at least 800 IU.

The new evidence review was led by Mark Bolland, Ph.D., an associate professor of endocrinology at New Zealand’s University of Auckland.

As Bolland said, “Since the last major review of evidence in 2014, more than 30 randomized controlled trials on vitamin D and bone health have been published, nearly doubling the evidence base available. Our meta-analysis finds that vitamin D does not prevent fractures, falls or improve bone mineral density, whether at high or low dose.”

After analyzing the 81 trials, they found little evidence that vitamin D supplements prevent fractures or falls to significant extents, or significantly improve bone mineral density — even when the daily doses provided to participants reached 800 IU or more.

However, 800 IU is not a particularly high daily dose. The conservative U.S. RDA for children and adults is 600 IU, while leading vitamin D researchers recommend taking between 1,000 and 4,000 IU daily.

Specifically, the Kiwi-Scottish team found no clinically significant effect — defined as a 15% reduction in risk or greater — of vitamin D on total fractures, hip fractures, or falls.

The evidence did show small bone-density gains in the lumbar spine, femoral (upper leg bone) "neck", and elsewhere in the body — but again, none of these gains were deemed clinically relevant.

Most of the trials (91%) covered by the review reported that supplementation achieved vitamin D blood levels of 50 nmol/L (20 ng/mL) — which the U.S. IOM considers barely adequate — while only about half reported achieving levels of 75 nmol/L (30 ng/mL) or more, which are generally considered adequate, but not optimal.

Official review saw bone benefit from vitamin D + calcium
A Tufts University team working on behalf of the U.S. Preventive Services Task Force found significant evidence that — in combination with calcium — supplemental vitamin D can reduce the risk of fractures in people who don’t get enough sun exposure, such as older adults in institutional settings.

As they reported, “Combined vitamin D and calcium supplementation can reduce fracture risk, but the effects may be smaller among community-dwelling older adults than among institutionalized elderly persons.” (Chung M et al. 2011)

Their study shows that vitamin D3 can significantly restore damage to the cardiovascular system caused by hypertension, diabetes, or atherosclerosis, while also reducing the risk of heart attack.

Vitamin D3 is the optimally beneficial form, which the body makes in response to sun exposure, and for which wild salmon are the best food sources, by far (see Wild Salmon Beats Farmed for Vitamin D, Again.) Some supplements and a few plant foods, especially mushrooms, contain a form called vitamin D2, which isn’t as beneficial.

As lead author Dr. Tadeusz Malinski, M.D., said, “Generally, vitamin D3 is associated with the bones. However … many patients who have a heart attack will have a deficiency of D3. It doesn't mean that the deficiency caused the heart attack, but it increased the risk of heart attack. We used nano-sensors to see why vitamin D3 can be beneficial, especially for the function and restoration of the cardiovascular system.”

He and his team discovered that vitamin D3 powerfully stimulates production of nitric oxide (NO), which is a major signaling molecule in the regulation of blood flow and the prevention of dangerous arterial clots. They also found that vitamin D3 significantly reduces the level of oxidative stress (from an excess of free radicals) in the cardiovascular system.

Dr. Malinski made an important point: “There are not many, if any, known systems which can be used to restore cardiovascular endothelial cells which are already damaged, and vitamin D3 can do it. This is a very inexpensive solution to repair the cardiovascular system. We don't have to develop a new drug. We already have it.”

Because damage to cardiovascular tissues can go unnoticed for long periods of time, it seems wise to maintain abundant blood levels of vitamin D3.

Other reviews tie vitamin D to reduced death and fracture risk
Focusing on the bone-health effects of vitamin D can easily distract attention from the hormone-like nutrient’s broad effects in the body.

Four evidence reviews published from 2007 to 2014 found evidence that supplemental vitamin D may reduce the risk of death from cancer and other causes:

Given the substantial evidence that vitamin D enhances heart and metabolic health and may reduce the risk of death from cancer and other causes, it doesn’t make sense for media reports — or physicians who should know better — to suggest tossing your vitamin D supplements.

Article courtesy of and posted on the Vital Choice website