Bank Of England Will Scramble To Buy BTC Before It Hits $1 Million, Says Bitcoin Maximalist

Bitcoin expert Max Keiser has said that the Bank of England (BoE) will scramble to buy Bitcoin before the digital asset trades at $1 million.

His comments come after Bank of England’s deputy governor for financial stability, Jon Cunliffe, warned that cryptocurrencies could spark a global financial crisis unless tough regulations are introduced. Although regulators in many countries have started putting policies in place to manage the rapid growth of cryptocurrencies, Cunliffe said this must be pursued as a matter of urgency.

Bank of England Warns Against Crypto

The deputy Bank of England governor has called for strict regulations on Bitcoin and other cryptocurrencies. According to the Guardian, Cunliffe has played a central role in monitoring cryptocurrencies over recent years as an adviser to the G20’s financial stability board and the central banks’ overarching advisory body, the Geneva-based Bank of International Settlements.

In a speech on Wednesday, October 13, Cunliffe compared the growth rate of the crypto market, from $16 billion five years ago to $2.3 trillion today, to the $1.2 trillion subprime mortgage market before the 2008 financial crash. He said there was a probability that financial markets could be rocked in a few years by an event of similar magnitude.

“When something in the financial system is growing very fast and growing in largely unregulated space, financial stability authorities have to sit up and take notice,” he said.

He also spoke about the majority of crypto-assets having no intrinsic value and could be worthless overnight. He stated emphatically how the crypto world is beginning to connect to the traditional financial system even though the space is still largely unregulated.

The banking chief added that there were “Financial stability risks currently are relatively limited, but they could grow very rapidly if, as I expect, this area continues to develop and expand at pace. How large those risks could grow will depend in no small part on the nature and on the speed of the response by regulatory and supervisory authorities.”

His comments are similar to those of Bank of England Governor Andrew Bailey. In May, Bailey called crypto dangerous and warned that investors should be prepared to lose all their money due to the digital assets’ lack of intrinsic value.

Bitcoin expert Max Keiser responded to the Bank of England’s deputy governor’s recent warning about cryptocurrencies in a statement to Express.co.uk.

He said, “Bitcoin is designed to trigger a meltdown of the current fiat money banking system. This is a mathematically guaranteed outcome.” 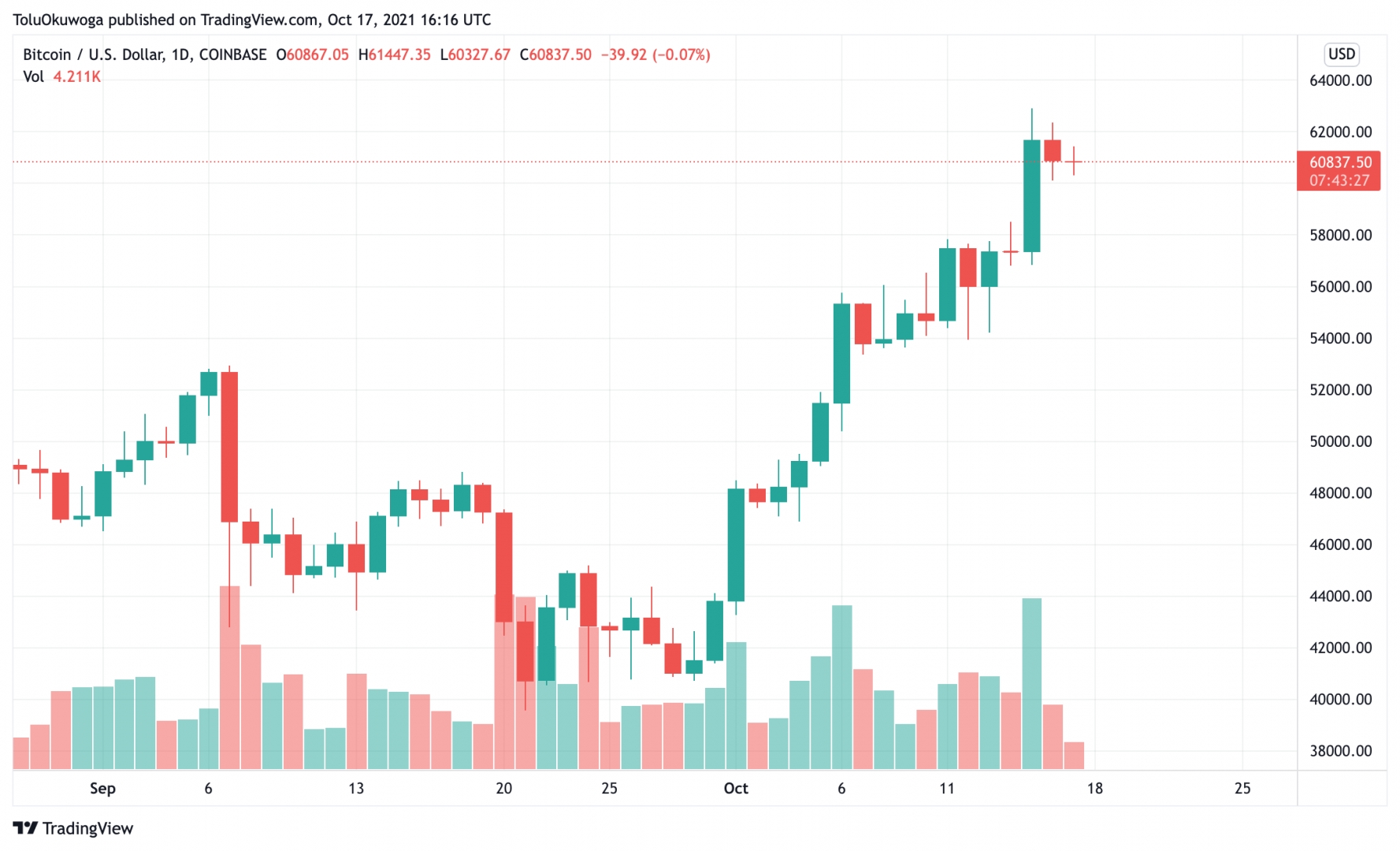 BTC trading at over $60.8K | Source: BTCUSD on TradingView.com

He further pronounces that the Bank of England will eventually consider adopting Bitcoin.

“The bargaining phase will be their central bank digital currency stage and when that fails comes depression as the price tops £363,000 ($500,000) and then acceptance with the Bank of England scrambling to buy Bitcoin before it tops £727,000 ($1million) per coin,” Keiser says.

The original article was written by Tolu Okuwoga and posted on NewsBTC.com.