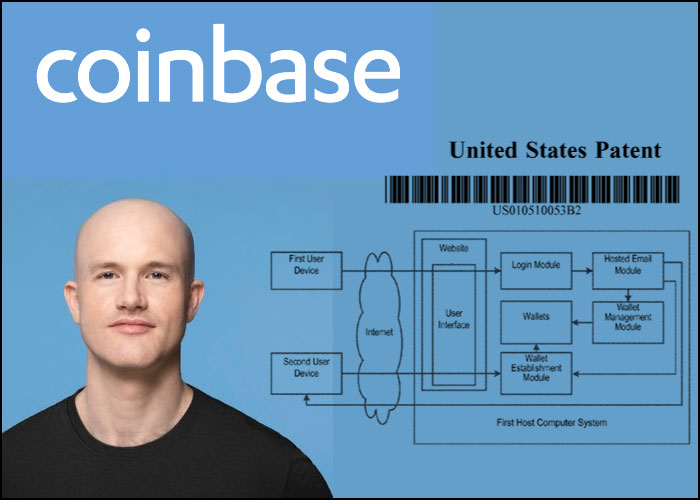 Brian Armstrong, CEO of US-based crypto exchange Coinbase, has been awarded the patent for a system and method for transacting Bitcoin or BTC via email to an email address owner.

The U.S. Patent and Trademark Office or USPTO officially granted the patent for sending cryptographic currency to an email address to Armstrong on December 17, nearly five years after he applied for it in March 2015.

According to the patented process, a bitcoin exchange allows for users to set prices that they are willing to sell or buy bitcoin and execute such trades. The instant exchange allows for merchants and customers to lock in a local currency price. No miner's fee is paid by a host computer system.

The patent refers to a system for processing a request to perform a Bitcoin transaction using a bitcoin address.

A hot wallet functionality is provided that transfers values of some Bitcoin addresses to a vault for purposes of security. A private key of a Bitcoin address of the vault is split and distributed to keep the vault secure.