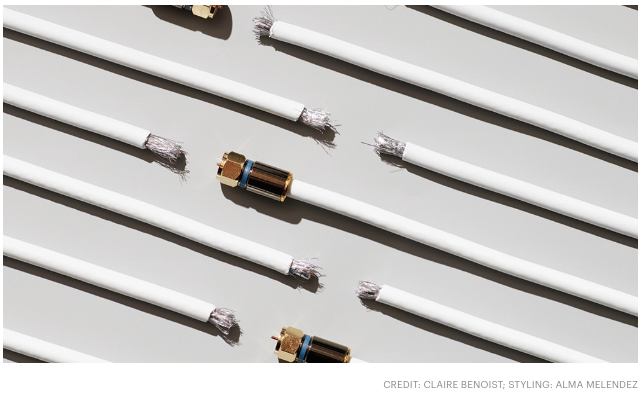 The flight from traditional pay TV subscriptions reached new records in the first three months of this year, and online TV subscription services did little to provide relief for their operators.

Altogether, the industry lost north of 1 million pay TV subscribers in Q1 after shedding 3.2 million subscribers through all of 2018. BTIG analyst Rich Greenfield called these results “the worst multichannel video quarter sub loss quarter in history” in a blog post this week, pointing to it as proof of his forecast of “a notable acceleration in cord-cutting trends throughout 2019.”

The biggest loser among the major pay TV operators in Q1 was AT&T, shedding a whopping 544,000 subscribers across its Uverse and DirecTV services (with another 117,000 DirecTV disconnections not being included in the company’s quarterly results due to accounting changes). Fellow satellite TV operator Dish lost 266,000 traditional pay TV subscribers, in part due to a carriage dispute with HBO. Verizon shed 53,000 TV subscribers.

Those losses are dramatic on their own, but there’s more bad news for the industry in its Q1 numbers: Online skinny bundles, once seen as pay TV’s best chance to bring long-time cord cutters back into the fold, didn’t do much to stop the bleeding.

However, much of that growth could be attributed to lower and promotional pricing for DirecTV Now, which the telco has been gradually moving away from. The price for the cheapest DirecTV Now bundle went from $35 to $40 last summer, and the telco phased out virtually all of its promotional pricing, which allowed some wireless subscribers to stream DirecTV Now for as little as $10 per month.

The latter already contributed to significant defections over the holiday quarter. Over the past two quarters, AT&T lost a total of 350,000 DirecTV Now subscribers. It’s likely that the service will see additional cancellations from price-sensitive customers in the coming months: AT&T further increased the price of the cheapest DirecTV Now bundle to $50 per month in April.

Dish’s Sling TV, which has managed to keep prices comparably low, only grew by 7000 subscribers in Q1. There is no word on how well some of the other online TV bundles performed in Q1; Google doesn’t break out subscriber numbers for YouTube TV, and Sony doesn’t report PlayStation Vue numbers.

Hulu announced this week that it had a total of 28 million subscribers across its service tiers, but didn’t say how many of those are signed up to its live TV bundle. Recent Bloomberg estimates put Hulu’s bundle at 2 million subscribers, with YouTube TV reportedly serving 1 million customers.

But even these new entrants may not be immune to defections as the prices for these so-called skinny bundles are getting fatter across the board. Sports-focused fuboTV announced a $10 price hike in March, and Hulu and YouTube TV both raised their prices by $5 over the past couple of months.

These massive pay TV defections are increasingly impacting the media industry at large. Discovery reported a 4% decline in subscribers to its cable networks for Q1, despite the addition to online TV bundles.

BTIG’s Greenfield expects that cord cutting will also “negatively impact broadcast and cable network programmer retrans/affiliate revenues” in the current quarter. And he does’t expect online TV bundles to make up for those losses, despite the fact that programmers get paid more per online subscriber since “churn is dramatically higher” for online bundles.

Greenfield believes that programmers have no one but themselves to blame for skinny bundle defections. “Legacy media’s forced bundling tactics continue to put business models and profits ahead of the consumer which is ALWAYS a long-term losing proposition,” he wrote.

Original article posted on the Variety.com site, by Janko Roettgers.

If you're looking to cut your cable and save money by streaming media, try NUmedia.

Get a 7-day FREE trial by click on this link.