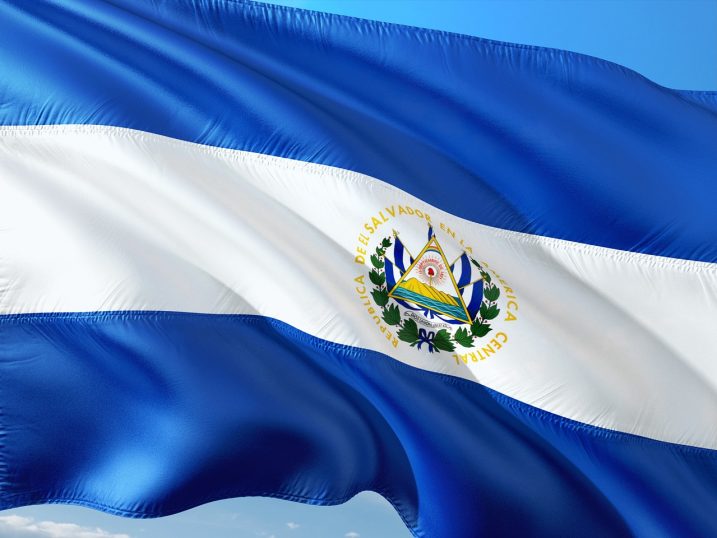 Engineers in El Salvador have successfully dug a geothermal well that will be utilized for the mining of Bitcoin (BTC). The well will produce approximately 95 Mega Watts of clean renewable energy that will go on to power a Bitcoin mining facility built around it.

This milestone was made public by El Salvador’s President, Nayib Bukele, who had earlier this week, instructed the local geothermal electricity company of LaGeo, to come up with a plan to offer facilities for the mining of Bitcoin in a cheap and renewable manner.

Below are the two tweets by President Bukele announcing the new geothermal well and making public his request to LaGeo to facilitate renewable mining facilities for Bitcoin. 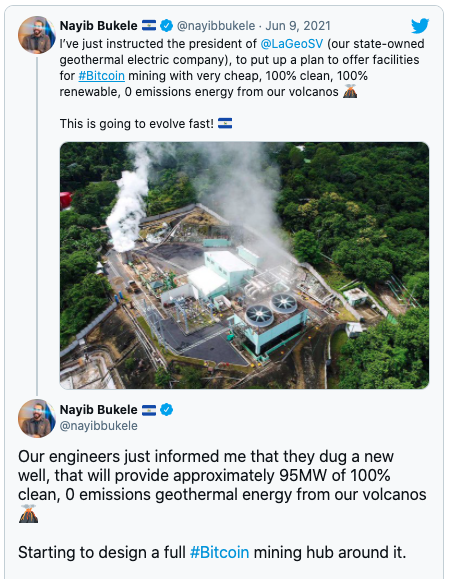 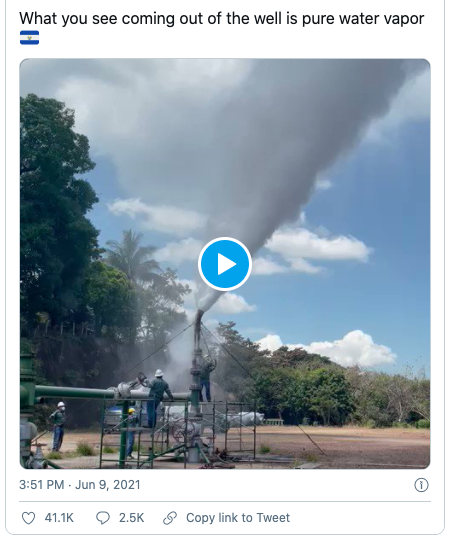 A day earlier, El Salvador’s legislative assembly passed a new bill formally acknowledging and adopting Bitcoin as legal tender in the country. 62 out of 84 possible votes were cast for the bill and Bitcoin will become legal tender in El Salvador in the next 90 days. El Salvador thus becomes the first country in the world, to formally adopt Bitcoin.

Once implemented, every legal business in the country will have to accept Bitcoin as a form of payment for goods and services.

El Salvador has used the US dollar as its official currency since 2001. Bitcoin is not meant to replace the USD but will become a gateway towards financial inclusion in El Salvador where 70% of the citizens do not have bank accounts. With Bitcoin, remittances from abroad – which make up 20% of the country’s GDP – will reach El Salvadorians in a more efficient manner.

Furthermore, the new law will exempt Bitcoin from capital gains tax. President Bukele has also promised to provide permanent residency permits to entrepreneurs who invest at least 3 Bitcoin in the country.