Facebook Looks to Bolster Crypto Team, Even After Libra’s Launch 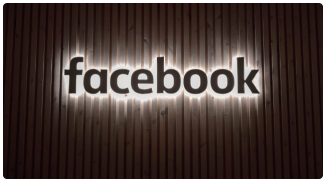 Per a search for “Blockchain” on Facebook’s careers portal, the firm still has 26 openings for this branch. While the listings cover a wide array of roles, including designers and software engineers, one interesting posting mentions Facebook’s need for a blockchain finance program manager.

This position will best be filled by someone with eight years of project management experience, coupled with some knowledge of blockchain technologies. Responsibilities include managing Facebook’s relationships with Libra partners (Uber, Spotify, Booking Holdings, Visa, PayPal, etc.), risk analysis, and leading teams within Facebook.

Interestingly, one responsibility mentions compliance with tax laws, the U.S. Sarbanes-Oxley Act, and other pertinent regulations. This confirms that unlike its fully decentralized counterparts like Bitcoin, Libra will abide by all relevant rules and regulations.

As mentioned earlier, this is the latest of many of Facebook’s attempts to secure talent. Earlier this year, for instance, the firm revealed that it was looking for an individual with knowledge of the Securities and Exchange Commission (SEC). This single listing seemingly confirmed the then-rumors that the social media giant was hard at work on a crypto asset and blockchain.

By now, it may be fair to suggest that Facebook Blockchain is one of the biggest employers of industry professionals, despite the fact that it has yet to launch its first consumer-facing product.

While Facebook has continued to trudge ahead, going against a U.S. politician’s call to stop the development of the project immediately, some government representatives, crypto executives, and technologists have begun to overtly question Libra.

Mark Carney, the Governor of the Bank of England, has pledged that Libra will be heavily scrutinized and regulated, citing the cryptocurrency’s potential to be widely adopted from the get-go.

French Finance Minister Bruno Le Maire followed suit with a similar comment, claiming that under no circumstances should Libra “become a sovereign currency.” Le Maire elaborated that he is worried about how this new digital asset can be used to harvest data, launder money, and finance terrorism:

“This money will allow this company to assemble even more data, which only increases our determination to regulate the internet giants.”

Indeed, in the aforementioned report, Coindesk claimed that its sources revealed that privacy concerns led Stellar, Tendermint, and Mobilecoin to decline to work with Facebook on this project. Even Joseph Lubin of Ethereum and ConsenSys fame has claimed that he is worried about Libra’s centralized nature, dubbing the project a “centralized wolf in a decentralized sheep’s clothing”.

If so-called “crypto natives” are concerned about the project’s conformity to morals and laws, is there much hope for Libra to be decentralized and not susceptible to exploitation?