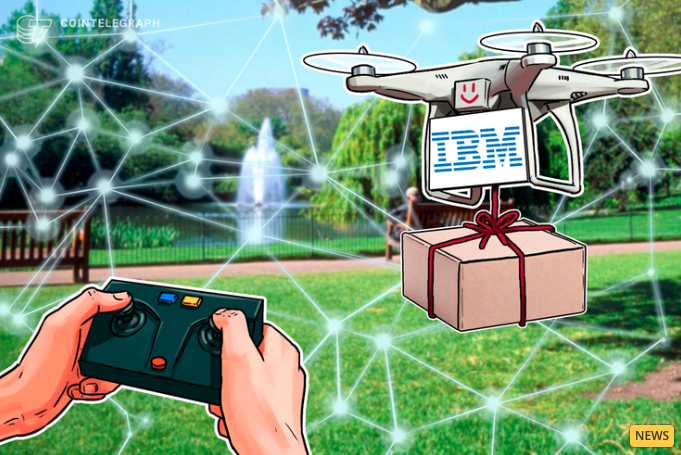 IBM has filed for a patent of a system that uses blockchain technology to prevent drone-enabled package theft.

According to a filing published by the United States Patent and Trademark Office (USPTO) on Nov. 12, IBM will track drone altitude using an Internet of Things (IoT) altimeter, while continuously uploading that data to a blockchain secure platform.

It might become ordinary for drones to be used for stealing packages in the future. The idea is that packages will be outfitted with an altitude sensor that is set to trigger an alarm if a significant altitude change is measured outside of the preset criteria. Once the alarm is triggered, the GPS-enabled IoT device will transmit its exact location data to a tracking module. It’s like giving your Amazon packages a way to call SOS when something goes wrong en route to your house.

IBM’s patent describes unattended delivery of packages that can leave items vulnerable to theft and other destructive behaviors after the package is delivered and before it is received. The patent goes on:

“The confluence of the increase in drone use and the increase in online shopping provides a situation in which a drone may be used with nefarious intent to anonymously take a package that is left on a doorstep after delivery.”

IBM filed a related patent in September for a system that would use blockchain technology to tackle privacy and security concerns regarding unmanned aerial vehicles, more commonly known as drones. The filing suggested that blockchain can provide effective techniques for managing data related to drones, particularly when a security risk level is considered to be relatively high.

Original article posted on the CoinTelegraph.com site, by Joeri Cant.