Is JPM Coin A Serious Threat To Ripple?

On February 14, the giant bank J.P. Morgan announced plans to issue its own digital “coin," to run on its in-house Quorum blockchain. The coin will be pegged 1:1 to the U.S. dollar, with J.P. Morgan using the considerable heft of its balance sheet to guarantee the peg, so will not suffer the wild fluctuations in value that can make cryptocurrencies unreliable for payments. It is thus what in the crypto world is known as a “stablecoin”, not a cryptocurrency – a digital token that represents a fiat currency.

Exactly what impact “JPMCoin” will have on the cryptocurrency landscape is unclear. Opinion is divided between those who think that JPMCoin is a serious threat to Ripple and, to a lesser extent, Bitcoin and Ethereum, and those who think it is a non-event. Who is right? 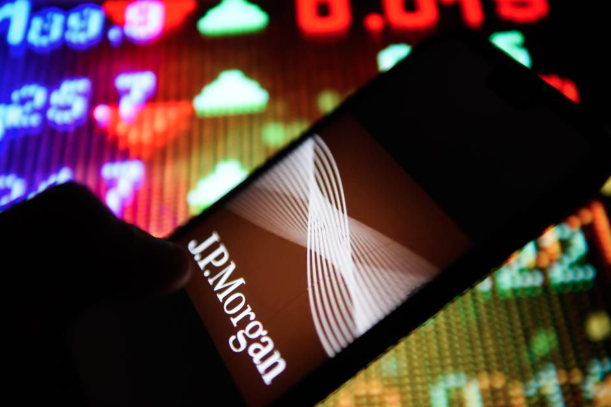 Well, it all depends how the coin is used, and who uses it. In a useful Q&A, Umar Farooq, J.P. Morgan’s head of Digital Treasury Services and Blockchain, explains how J.P. Morgan’s customers would use the coin:

"When one client sends money to another over the blockchain, JPM Coins are transferred and instantaneously redeemed for the equivalent amount of U.S. dollars, reducing the typical settlement time."

This sounds much like Ripple’s xRapid, which uses the cryptocurrency XRP as a bridging currency. To send money using xRapid, a customer exchanges fiat currency for XRP, the XRP is transferred, then the recipient redeems the XRP for fiat currency. The difference is, of course, that XRP is not a stablecoin. It is a traded instrument whose price can – and does – fluctuate widely. In today’s fast FX markets, the price can change even in the 3-4 seconds that it takes to execute the payment. J.P. Morgan is clearly promoting its coin as having exchange rate stability that XRP, like other traded coins such as Bitcoin and Ethereum, does not have. So is J.P.Morgan trying to kill xRapid?

It’s not immediately apparent that this is its goal. Firstly, JPMCoin will – at least to start with – only be used for payments entirely in U.S. dollars, unlike xRapid which can handle multiple currencies and cross-currency payments. Secondly, JPMCoin is – again to start with – only available to J.P. Morgan’s institutional clients. They can use the coin to send money between themselves, but not to retail customers or to non-customers. It’s thus a very limited enhancement to J.P. Morgan’s in-house payment rails.

This tends to support the argument that JPMCoin is merely marketing hype. After all, payments between J.P. Morgan’s customers are really only transfers across its own books. It seems a bit sad that cash-strapped IT departments have to say "look, it's blockchain" to persuade board directors to throw some money at settlement plumbing, always a pariah compared to fancy front-office systems. But from the point of view of J.P. Morgan’s customers, this is simply a long overdue improvement to the bank’s extremely expensive and very clunky cross-border payments systems. As Farooq observes (quoted in CoinTelegraph), this could be particularly beneficial for a large institutional client with overseas subsidiaries, which at present can only move money around its organization using external payment rails:

"Money sloshes back and forth all over the world in a large enterprise. Is there a way to ensure that a subsidiary can represent cash on the balance sheet without having to actually wire it to the unit? That way, they can consolidate their money and probably get better rates for it."

It's completely ridiculous that customers of J.P. Morgan have to use SWIFT and Fedwire to move money around within their own organizations. J.P.Morgan should have sorted this out long ago. As should other major banks.

Nevertheless, JPMCoin is a slap in the face for Ripple. Brad Garlinghouse, Ripple’s CEO, is on record as saying he expects “major banks” to adopt xRapid, along with the XRP token, in 2019. Now, J.P. Morgan – unquestionably a major bank – has told Ripple “no way are we using xRapid or XRP.” And it doesn’t mean only for internal transfers. The bank’s Q&A says it intends its coin eventually to be used for payments in multiple currencies and across other blockchains. That would make it a solution for cross-currency payments to non-customers – exactly the market that Ripple is aiming for.

Even if the coin remained limited to J.P. Morgan’s institutional clients, JPMCoin would still threaten Ripple’s plans. According to J.P. Morgan’s Farooq, “pretty much every big corporation is our client, and most of the major banks in the world are too.” The U.S. dollar is used for the majority of global transactions. If JPMCoin can corner the market in U.S. dollar transactions between most of the world’s large corporations and major banks, where does that leave Ripple?

Even before JPMCoin hit the news media, Ripple's plans to recruit major banks looked over-optimistic to the point of incredulity. Major banks currently control international payments. Why would they hand that privilege over to a third party, when they could develop their own blockchain-based payments network? And the need for such a network to facilitate payments between customers of different banks is no obstacle. Banks will cooperate when it is in their interests to do so. Indeed, that is how SWIFT came to be, and the FX bank CLS, and in the UK, the LINK network of ATMs. So it's entirely possible that banks might cooperate to create their own blockchain-based international payments network. In a particularly nasty twist of the knife, the major banks could even use Ripple's own innovation.

Ending Ripple’s dreams of world domination, and those of other digital coin issuers, might therefore be exactly what J.P. Morgan has in mind. It will be interesting to see how this little stand-off develops.

Original article written by Frances Coppola and posted on the Forbes.com site.