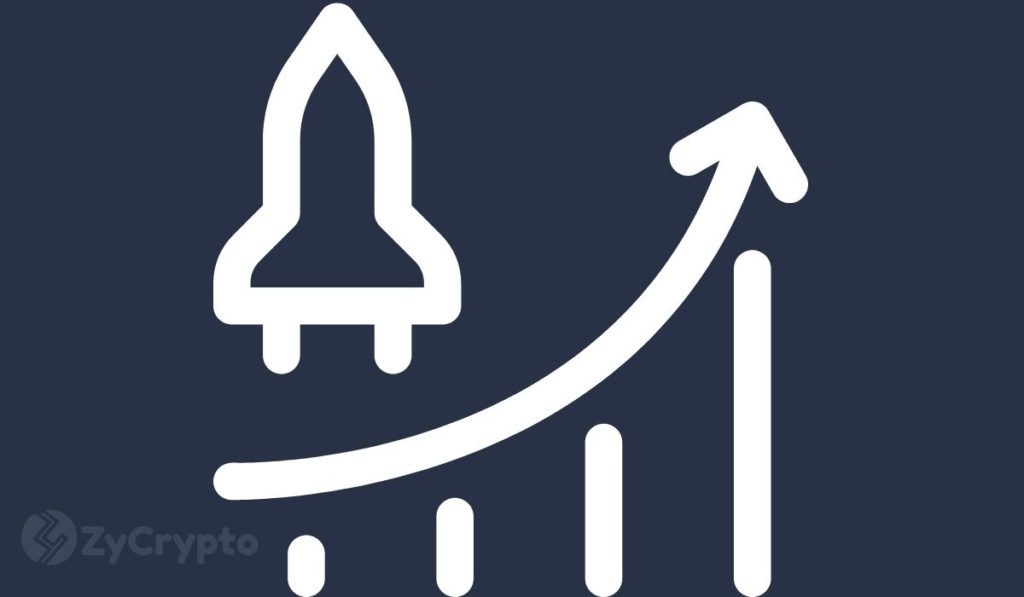 Bitcoin has sparkled so far this year. The price of the digital coin is currently experiencing a price pull back at the $50K level and that speaks volumes about its performance. Many opinions are flying around the crypto space regarding Bitcoin’s next step as its impressive journey isn’t looking to stop any time soon. 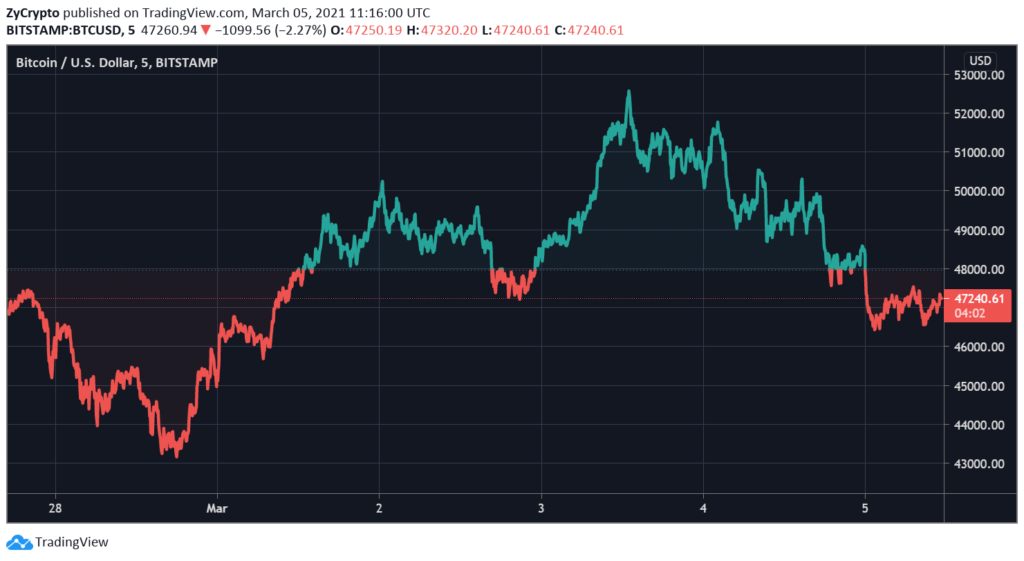 Bitcoin has also seen a new wave of institutional influx as traditional financial institutions have taken more than a sudden interest in the cryptocurrency as the somewhat endless glow around the coin continues to shine.

Jesse Powell, Kraken CEO and co-founder has now stated that he believes the price of Bitcoin is “going to infinity. Mr. Powell made the comment when asked by reporters what his expectations were regarding Bitcoin.

According to Powell, Bitcoin fanatics firmly affirm that Bitcoin is going to be the world’s top currency. He added that Bitcoin’s market cap could basically equal that of the dollar as well as the euro or both of them combined.

“Of course you know we can only speculate. But when you measure it in terms of dollars you have to think it’s [Bitcoin] going to infinity,” Powell said. “And I think the true believers will tell you that it’s going all the way to the moon, to Mars, and eventually it would be the world’s currency,”

Powell also stated that Bitcoin has a very moderate chance to hit $1 million in the next 10 years, citing the rate at which the U.S. Government continues to print money as a major factor in Bitcoin’s quest to reach infinite numbers.

“I think people are increasingly looking to Bitcoin as a safe haven asset. They see it as a better version of gold, and something to protect them against all of this inflation that’s happening.”

The notion of Bitcoin being a safe haven asset had been solidified even more this year after multi-billion dollar financial corporations have labeled Bitcoin a hedge against market variations.

Powell tipped the presence of the young generation in the current crypto space as a factor that will help propel the digital coin to greater heights. The CEO of Kraken also made news back in December 2020 when he labeled the U.S fiat currency, as a “risky prospect” compared to BTC when in possession.

The original article written by Mr Oak and posted on ZyCrypto.com.