What is a Cryptocurrency Crowdsale? 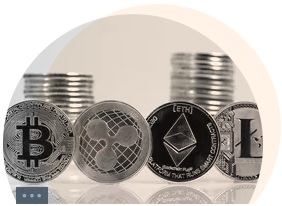 Ideas are cheap. It’s the execution that's valuable. It takes effort and skill to convert an idea into something useful, and both of those things are expensive.

Over the last few years, crowdfunding has emerged as a way to generate the money needed to turn ideas into reality. Websites like Kickstarter and Indiegogo have emerged as ways to crowdsource funding in the form of donations. Now, though, the cryptocurrency world has generated another form of fundraising: the crowdsale.

Unlike traditional crowdfunding, a crowdsale doesn’t pre-sell a widget or promise to put your name in the credits of a movie. Instead, it sells you something that you might not know what to do with unless you are clued in: a token.

A token is an intrinsic component in a next-generation cryptocurrency 2.0 application. Like bitcoin, it isn’t something that you can physically hold. Instead, it is an electronic record—a kind of digital poker chip—stored on your computer, or mobile device.

Tokens are designed to let you participate in the project that will eventually be launched as a result of the crowdsale. Depending on what service the project offers, the token will serve as a kind of access ticket to that service.

If the project is a software application that lets you find ridesharing partners without the use of a central website, for example, then you might use tokens to pay for your rides. Conversely, if you are the owner of the vehicle and up giving someone a ride, you may be paid tokens by the network. So the tokens are a kind of currency for use within a specific online service.

The crowdsale generally happens before a project has officially launched its service. It is designed to generate funds for the development of the project, helping to pay for software developers, marketing budgets, and all the other things that a startup needs.

It can also be used to measure interest in a particular project. If no one buys the tokens, then the company developing the project might want to reconsider its options.

The really interesting part of a crowdsale is what happens to the tokens later on. In many cases, they will be bought and sold on the open market, gaining their own market value independently of the application that they are used for.

This is another way to encourage early adopters. They may buy tokens because they believe in the potential of a particular online service. If the project becomes as successful as they think, then the tokens might increase in value, turning them a pretty profit later on.

The Legality of Tokens

Therein lies one of the dangers in the crowdsale concept, though. There isn’t yet much accountability. If a company sells a bunch of tokens and then collapses due to bad management—or worse, simply vanishes—what happens to all those poor folks who invested their money?

In the conventional investment world, there are rules governing who can invest in a young startup company. Investors must be accredited, for their own protection. Otherwise, every uneducated, inexperienced investor would be piling their retirement savings into a venture that they were told was a sure bet, only to lose their shirts.

But the rules around crowdsales aren’t yet clear. Regulators have strict rules about issuing financial securities such as shares in a company, for example. There haven’t been many, if any, regulatory investigations of companies engaging in crowdsales.

Crowdsales are still a very new concept, though, with only a few companies having done them. Should tokens be classified as securities, and therefore regulated? The position on this isn’t yet clear, and each case will probably be judged on its own merits.

Crowdsales have been conducted via companies like Swarm, and Koinfy. The same rules apply here as elsewhere, though: understand what you are buying, why you are buying it, and the risk that you are taking in doing so.

Are you buying speculatively? Or are you purchasing tokens simply because you really want to use the application? Are you prepared to accept the loss if the service never launches? Never invest anything that you are not prepared to lose.

Original article posted on The Balance