More Institutional Money Could Be on the Horizon

Cryptocurrency, Investing–Yale, one of the most prestigious Ivy League universities in the United States, is reportedly apart of the investment group that is helping to raise $400 million for a massive new cryptocurrency fund. 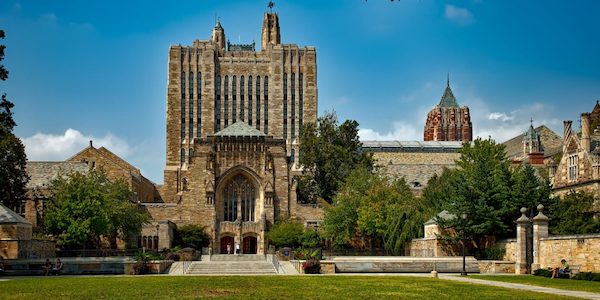 According to a report by Bloomberg published on Friday with information supplied from an anonymous source familiar with the situation, the university is trying its hand in cryptocurrency via the fund ‘Paradigm,’ which is reported to be helmed by Coinbase co-founder Fred Ehrsam, Charles Noyes of Pantera capital, and former Sequoia Capital partner Matt Huang. The Wall Street Journal had previously reported on the departure of Huang from Sequoia, making the move in order to join with Ehrsam in the creation of the new fund.

While this has been the first reported time that Yale has invested into cryptocurrencies on such a massive scale, the school has had its influence felt in a number of different industries, from Puerto Rican bonds to timber in New Hampshire, as reported by Bloomberg. Among the more interesting details listed in the report is the finding that Yale’s $30 billion endowment–the second largest among U.S. educational institutions–has earmarked a whopping 60 percent of its investment capital in 2019 for “alternative investments” which includes, among other things, “venture capital, hedge funds and leverage buyouts.” Added to the list now appears to be cryptocurrency, with a potential for other blockchain enterprises and even promising initial coin offerings (ICOs).

For now, the fund being led by Ehrsam is planning to invest in early stage cryptocurrency-based projects, novel blockchain designs and digital asset exchanges. Given the timing of the report, which comes just days after Coinbase was valuated at a colossal $8 billion–which would make the company one of the most valuable U.S. startups–the landscape of cryptocurrency exchanges appears to be immensely profitable and largely untapped. Earlier in the year, BitMEX co-founder Ben Delo became the youngest self-made billionaire in the history of the United Kingdom. Changpeng Zhao, the active CEO of cryptocurrency exchange Binance, announced that his company was on pace to eclipse $1 billion in profits by the end of 2018, despite it being an abysmal year for the valuation of the crypto markets.

Bloomberg points out that Yale’s $30 billion endowment, managed by David Swensen, is one of the few institutional investors to move into cryptocurrency this year, as the entire market finds itself in a bear cycle that has seen value plummet from the last all time high. Despite the opportunity and overnight fortunes that have characterized much of the last several years for cryptocurrency, institutional investors, on a whole, have been reluctant to put capital in to the markets to the degree that most current investors are anticipating.

The common refrain of “institutional money” is coming will not only signal legitimate interest in both the market and technology of cryptocurrency, but provide a much needed boost to alleviate the ongoing price bleed. Previous analysts, including the Bloomberg article on Yale, have cited a lack of regulation and the potential for widespread market manipulation as the primary deterrent for investing in cryptocurrency. However, with an investor as large and prestigious as Yale, commanding $30 billion in endowment, crypto-based funds might garner more interest even in the absence of a Bitcoin exchange traded fund being approved by the SEC.