Infrastructure bill passes US Senate — without clarification on crypto 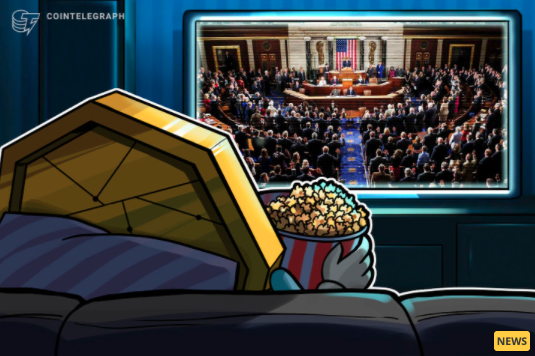 The fight for lawmakers to clear up the language used to define brokers in the crypto space may be moving to the United States House of Representatives soon after a failed attempt in the Senate.

In a 69-30 vote, the Senate passed HR 3684 this morning, a bipartisan bill that proposes roughly $1 trillion in funding for roads, bridges and major infrastructure projects. However, the bill also suggests implementing tighter rules on businesses handling cryptocurrencies and expanding reporting requirements for brokers, mandating that digital asset transactions worth more than $10,000 are reported to the IRS.

Though initially split on the best course of action to amend the language in the bill, a group of six senators — Pat Toomey, Cynthia Lummis, Rob Portman, Mark Warner, Kyrsten Sinema and Ron Wyden — proposed a compromise amendment on Monday. The amendment would have exempted software developers, transaction validators and node operators as brokers, while suggesting that tax reporting requirements “only apply to the intermediaries.”

Despite the lack of an amendment clarifying the crypto language in the bill, Portman, Warner, Sinema and Wyden all voted in favor of the infrastructure deal, with only Lummis and Toomey voting nay. The Pennsylvania senator, Pat Toomey, said the legislation was “too expensive, too expansive, too unpaid for and too threatening to the innovative cryptocurrency economy” in his reasons for not voting in favor of the bill.

“This legislation imposes a badly flawed, and in some cases unworkable, cryptocurrency tax reporting mandate that threatens future technological innovation,” said Toomey, following the bill’s passage in the Senate.

After a single senator, Richard Shelby of Alabama, objected to the introduction of the compromise amendment to the infrastructure bill on Monday, it failed to be added to the legislation prior to a final vote. However, lawmakers in the House still have the opportunity to amend the language on crypto before a full vote in the chamber and the bill being signed into law by President Joe Biden.

The bill likely won’t be taken up in the House until later this year. Representatives and co-chairs of the Blockchain Caucus including Tom Emmer, Darren Soto, Bill Foster and David Schweikert have sent a letter to all House members urging them to amend the forthcoming bill to “clearly exempt noncustodial blockchain intermediaries and ensure that civil liberties are protected.”