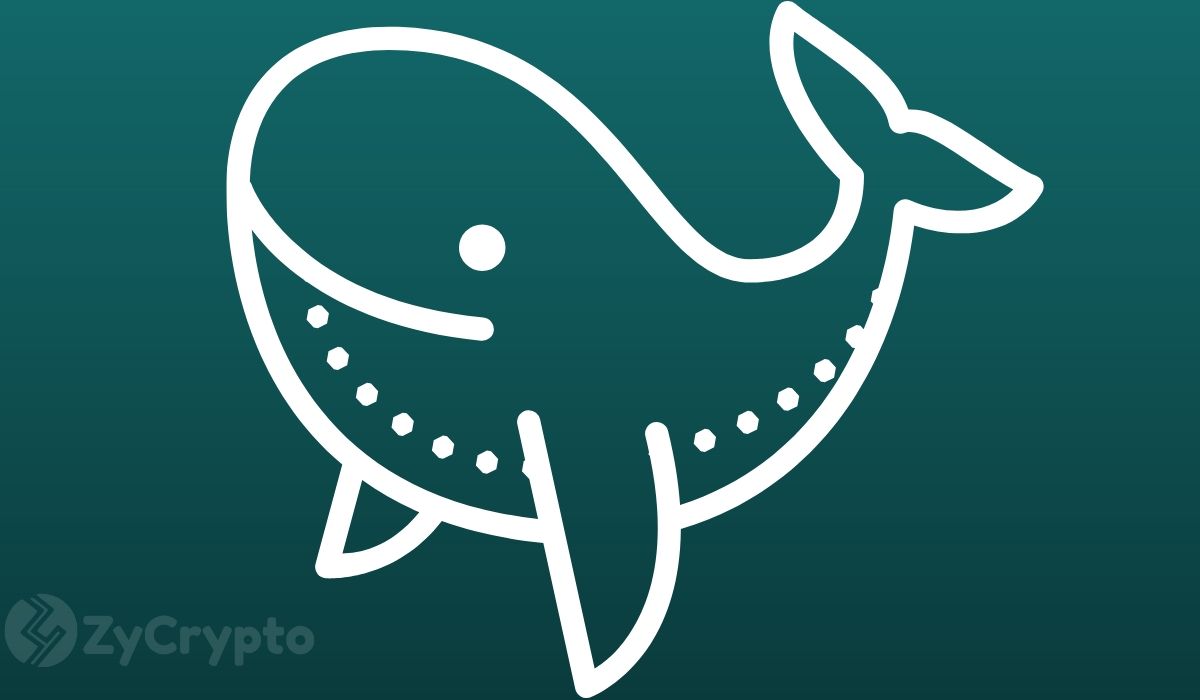 The third-largest Bitcoin whale made a purchase of about 456 BTC this week. This broke a spell of inactivity by the whale since the year began.

According to the analytics website Bitinfocharts, the third-largest Bitcoin address purchased 456 BTC this week. The total purchase is worth around $20 million as the price of the asset straddled $42,000. It marked the first significant Bitcoin purchase of the year by the whale as a purchase of six bitcoins had been recorded on the account at the start of the year.

According to Bitinfocharts, the holdings of the whale have increased to 122,539.57 BTC, which is worth a little over $5.1 billion as the price continues to dip. There continues to be blood in the crypto streets, as the price of Bitcoin threatens to slip below $42K – an almost 10% drop within the week.

Bluntz, a cryptocurrency analyst, took to Twitter to express his belief that Bitcoin is likely to find solid support before or around $37,500, an indication that the price dip may not be over. He, however, expressed hope for the asset class hitting the $100,000 price point within the year.

Bluntz’s sentiment was also shared by Credible Crypto, who quoted the tweet saying, “The exact scenario I’ve been talking about for some time now. Note that the “ELliOt wAvE”‘ers that everyone loves to hate are some of the few remaining macro bulls here. Let’s get it.”

It seems the recent price dip has caught the attention of several whales, and they are beginning to add to their positions.

Whales Are Jumping Back In

A number of whales are beginning to express renewed interest in the market, and are purchasing more BTC even as the market continues to dip. On the same day that the whale purchased 456 BTC, an account associated with Binance, the world’s biggest exchange, also purchased a whopping 43,000 BTC.

Despite recent market woes since November of last year, there has been increased whale activity. Two accounts holding 321 and 1,299 BTC, respectively, have become active after more than eight years of inactivity.