Coinbase sent SEC filing to Satoshi in a symbolic gesture

However, the exchange also claimed the identification of the Bitcoin creator could cause the crypto market to deteriorate. 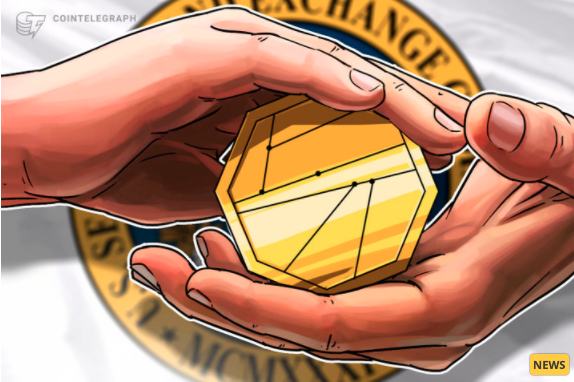 United States-based cryptocurrency exchange Coinbase named Bitcoin creator Satoshi Nakamoto in its recent filing with the Securities and Exchange Commission for a direct listing on the stock market.

According to the SEC filing, Coinbase sent copies of its S-1 registration statement — which, if approved, would bring the company closer to having its shares traded on U.S. stock exchanges — to legal team members at Coinbase Global and California law firm Fenwick & West. In addition, the exchange listed Satoshi Nakamoto and the Bitcoin (BTC) genesis block address as recipients of a copy of the SEC filing.

The legendary Bitcoin creator was mentioned four times in the filing, including as the author of the Bitcoin white paper. The S-1 report also describes the possible identification of Satoshi and the transfer of his BTC holdings as events that could cause the price of Bitcoin and Ether (ETH) to deteriorate.

An investigation of Bitcoin’s earliest blocks suggests Satoshi mined at least 1.1 million BTC — worth roughly $55 billion today. The suggestion that moving these coins could disrupt the crypto market is not without precedent. Small amounts of some of the earliest mined BTC from 2010 and 2011 have been moved from time to time following the 2017 bull run, leading to fluctuations in price. However, there isn’t enough evidence to suggest that these events had a lasting effect on the price of Bitcoin.

Coinbase first announced in December 2020 that it would be filing with the SEC to pursue an initial public offering. Thursday’s filing shows that the exchange posted a direct revenue of $1.1 billion in 2020, an increase from $482 million in 2019. Though Coinbase’s last valuation in 2018 showed it was worth $8 billion, recent reports estimate that the exchange may now go public at more than $100 billion.