How Blockchain Will Transform the Hiring Process. 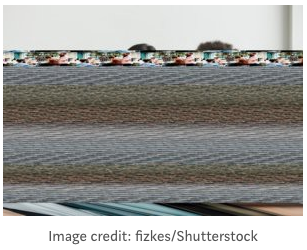 Blockchain has the potential to make data even more meaningful to HR professionals.

Most people have heard of the blockchain, although according to Forbes, the No.1 misconception with blockchain is that it’s the same as bitcoin. Being aware of the differences between the two is essential in understanding how blockchain can revolutionize the hiring process. Furthermore, if blockchain is adapted to work with current HR systems, it could mean a shift in the paradigm of massive proportions. We’re not looking only at the process here, but the data that facilitates that process. Blockchain has the potential to make that data even more meaningful to HR professionals as well as offer new insight into their potential hires than existing systems could.

The blockchain as a concept

So if bitcoin and blockchain aren’t interchangeable terms, then what is what? CNN Money defines bitcoin as a cryptocurrency that was initially created in 2009, as a means of storing value and transferring funds as a digital medium that is not controlled by any financial institution. Blockchain is the technology that made the existence of bitcoin possible, but there are so many more applications for it than merely a store of value in digital coins. Investopedia informs us that a blockchain is a distributed ledger, where all people who use the register have access to the contents of it, and those contents are declared through consensus of the network that the ledger is held on. In simple terms, a blockchain is a series of records, and everyone who has an interest in that blockchain has access to the entire blockchain. For us to determine the contents of that blockchain, we consult each member of the chain that holds a copy and the version of the blockchain that is in the majority wins out.

An excellent example of this from an HR perspective is the submission of resumes using a site like TrustED. These documents are almost wholly taken on trust, except for references which the application usually gives to the employer. As these sites have shown, in the case of a blockchain, there would be no need for a resume since jobs that the applicant has done can be tracked and linked to the applicant’s account immediately. Additionally, previous employers could be reached directly to discuss the employee. And all of this data would be secured as more companies join the network. It would be a more reliable, but much more secure version of headhunting on LinkedIn.

Blockchain was designed to be a method of securing data, but the evolution of the system has led to the development of a feature known as smart contracts. By setting a blockchain up that handles transactions automatically using these smart contracts, payment of salaries would be simple and wouldn’t involve any third-party. Additionally, a smart contract could be tied to the salary of each employee to ensure that each salary is removed before payment is made.

As Pricewaterhouse Coopers notes, many people in the system today wonder if the taxation system at present is capable of dealing with the evolved form of employment as exists today. This automated taxation system could be beneficial to both HR managers (who no longer have to calculate and pay taxation) as well as employees (who don’t have to worry about filing tax returns as all the information already exists on the blockchain).

Payroll generation is another holdover from a bygone era, where the movement of money was linked to the flow of paper. Having a blockchain makes the need for keeping this paper-based system alive non-existent. Because blockchain can automatically log payments and instantaneously transfer funds, the need for updating a paper sheet with payment details and deductions (both of which could occur automatically as mentioned before) seems an added complication. Properly coded smart contracts would automatically execute these payments as they need to be done and inform both parties of the success of those payments. If there is a breach of that contract, all the data is readily available on the blockchain to allow for speedy litigation if necessary.

While Bitcoin might have had its way in the sun and is now moving like a rock rolling downhill, it did manage to show one thing?—?the usefulness and possibilities of a blockchain. Intelligent developers have already cottoned on the potential of these blockchains, and quite a few companies have become involved in research and development of the technology. Hackernoon even has a list of the banks that have started utilizing blockchain in their business, showing how disruptive this technology has been. The blockchain provides a better way of doing things than we have been invested in up to now. The smart thing would be to explore how it can change your business while everyone else is still in the dark about it.

Original article written by Chris Porteous and posted on the medium.com site.