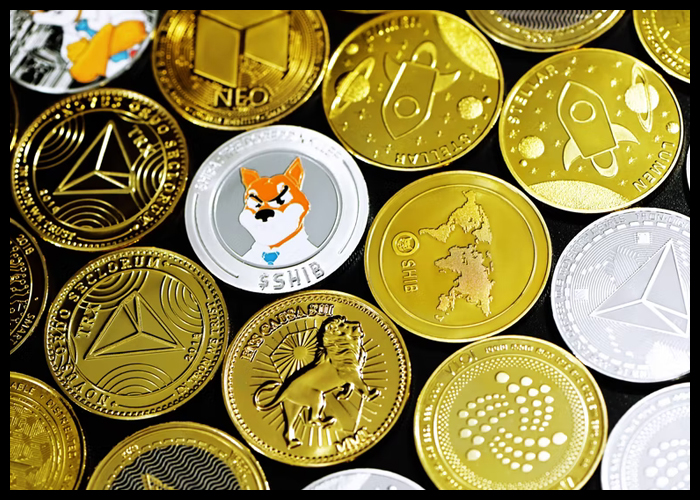 Cryptocurrencies maintained low profile ahead of the release of the crucial inflation readings from the U.S. on Thursday. Consumer Price Inflation readings for January are seen increasing to 7.3 percent versus 7 percent in December.

Market capitalization was a tad below the $2 trillion mark and most cryptocurrencies recorded overnight losses or made margin gains.

Bitcoin (BTC) is trading at $43,526.16 recording overnight decline of 0.87 percent and commands 41.4 percent of the overall market capitalization.

Ethereum (ETH) has however bucked the trend and is trading at $3,129.94 after rising around 0.5 percent overnight. It currently has a dominance of 18.8 percent.

13th-ranked SHIBA INU (SHIB) is down more than 5 percent on an overnight basis but still 46 percent higher on a weekly basis. Singapore-based blockchain solutions provider Unification, had recently announced that it has been working with the Shiba Inu community to develop Shibarium, a layer-two network built on top of the Ethereum blockchain. It also said that the public testnet for the network that aims at supporting the Shiba Inu ecosystem and enabling rapid low-cost transactions optimized for gaming would be launched very soon.

The U.S. Department of Justice on Tuesday revealed the arrests of Ilya Lichtenstein and his wife, Heather Morgan in Manhattan for an alleged conspiracy to launder the proceeds of 119,754 bitcoin (valued at approximately $4.5 billion) that were stolen in 2016 from Bitfinex, a virtual currency exchange, after a hacker breached its systems and initiated more than 2,000 unauthorized transactions.

The unauthorized transactions sent the stolen bitcoin to a digital wallet under Lichtenstein’s control. Over the last five years, approximately 25,000 bitcoin was transferred out of the wallet via a complicated money laundering process, to financial accounts controlled by the duo. Special agents obtained access to the digital wallet that directly received the funds stolen from Bitfinex, and lawfully seized the remainder, comprising more than 94,000 Bitcoin, valued at over $3.6 billion at the time of seizure.

The U.S. House Committee on Financial Services on Tuesday conducted a virtual hearing titled Digital Assets and the Future of Finance: The President’s Working Group on Financial Markets’ Report on Stablecoins hosting Nellie Liang, Under Secretary for Domestic Finance at the Department of the Treasury. The issue of limiting stablecoin issuance to insured depository institutions was however met with stiff resistance from the Committee.

The U.S. Senate Committee on Banking, Housing and Urban affairs too has announced that it would be meeting in an open session, hybrid format on February 15 to conduct a hearing entitled, “Examining the President’s Working Group on Financial Markets Report on Stablecoins.” Nellie Liang, Under Secretary for Domestic Finance at the Department of the Treasury would be the witness for the hearing here too.

In crypto taxation related developments, the government in Venezuela, has reportedly announced a 20 percent tax on all crypto transactions.

Meanwhile, in a departure from the existing value-added tax regime that exempts crypto mining hardware, Kazakhstan has proposed a tax on crypto mining equipment. Coupled with the proposed hike in electricity tariff, the measures if implemented, could make the Asian country, that ranks among the top bitcoin mining destinations, less attractive for crypto mining operations.

All eyes are fixed on the inflation numbers due on Thursday. Inflation data release has in the recent past caused quite a stir across crypto markets, recording whipsawing prices. Will it be different this time? The countdown has begun.