Japan’s Largest Bank Will Issue a Proprietary Cryptocurrency This Year

Cryptocurrencies are here to stay. Their advantages over traditional remittances are so extensive that more and more financial institutions are accepting reality, using these technologies to evolve and adapt their products to the needs of modern society.

The most important announcement in this area happened this week when Mitsubishi UFJ said it would launch its own cryptocurrency at the end of this year.

For the Western population, this may not represent much of a hype, but just to put things in perspective, MUFJ is the fifth largest bank in the world by total assets and the most influential private bank if the Chinese institutions are excluded. Its total capitalization is approximately 2.78 trillion dollars, 300% more than the total assets of Goldman Sachs, and 169 billion more than JPMorgan Chase. 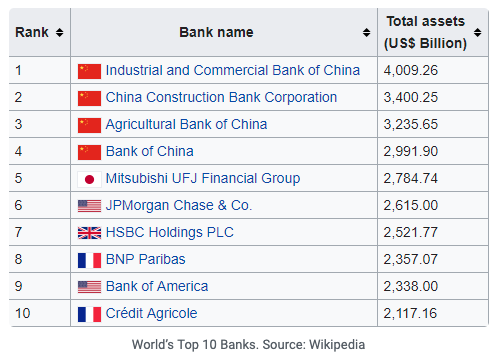 According to the Japan Times, Kanetsugu Mike, president of the bank, commented that this initiative is part of a policy of technological improvement aimed at increasing confidence, security, and efficiency in the organization:

“We aim to build an organization that is relied on and trusted globally, and represents innovation,”

After an internal test conducted in September 2018, the positive results allowed the Mitsubishi UFJ team to feel confident enough to move on to a massive implementation stage.

The use of a cryptocurrency allowed instant transfers to be carried out at almost no cost, something essential for a bank with such a high volume of transactions.

Mitsubishi UFJ is not the first bank determined to use blockchain technology. Already the IMF and the BIS have issued official pronouncements assessing the risks and benefits of issuing CBDCs.

Also, JPMorgan recently announced the development of its own token to facilitate transactions processed by its infrastructure. The development of this tech is as important as the MUFJ initiative since this bank is the sixth most important in the world, and the most influential for the “western world.”

The Bank has a strong relationship with cryptocurrencies and blockchain technology. It already uses Ripple technology to process transactions and the partnership seems to be yielding positive results.

Apparently, the cryptocurrency would simply be called “coin.” The bank did not share more details about its development.