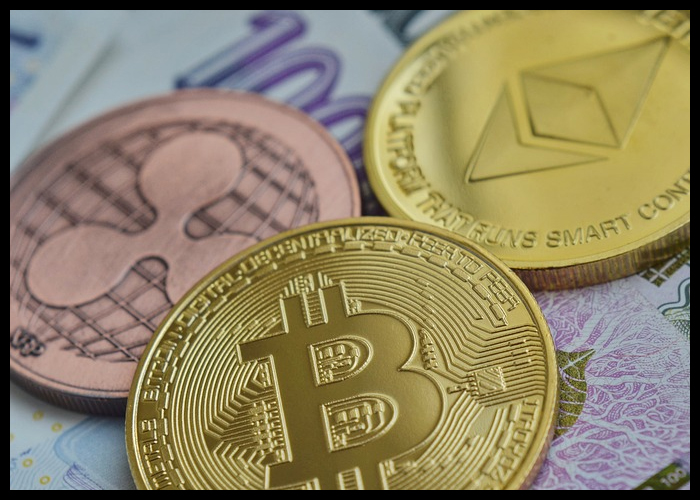 Cryptocurrency market capitalization has fallen to $1.75 trillion, from $1.86 trillion on Friday amidst reports of escalating tensions in the Ukraine-Russia border. On an overnight basis, cryptos are however higher by 0.13 percent.

During the past week, overall crypto market capitalization declined by 6.42 percent, to $1.75 trillion from $1.87 trillion.

Within the same category, BNB(BNB), XRP(XRP), Terra (LUNA), Dogecoin (DOGE), Polkadot (DOT), and Polygon (MATIC) have dropped lesser than 6.42 percent in the past week.

8th ranked Solana (SOL) and 10th ranked Avalanche (AVAX) have bucked the declining trend and gained in valuations in the past week.

Reports from Russia also indicate that the Russian Finance Ministry would be considering the central bank’s proposals on cryptocurrencies, so long as it would not contradict its own approach. The Russian central bank’s proposals which mostly centered around a blanket ban on cryptocurrency trading and mining had spooked crypto market investors recently.

The Finance Ministry had on the contrary argued for a regulation and taxation-based approach. A proposal requiring customer identification for crypto currency transactions has also rattled sentiment as it would compromise the basic tenet of anonymity that cryptocurrencies aspire for.

Meanwhile, reports indicate that the United States President is likely to release a crypto executive order this week which is expected to direct government agencies to conduct detailed examinations of various areas of the crypto asset landscape in order to develop an extensive regulatory framework.

The second estimate of the 4th Quarter and Year 2021 Gross Domestic Product is due on Thursday, February 24 ahead of the Federal Reserves’ monetary policy review scheduled for the middle of March. The extent of aggressiveness in the Fed’s policy response could influence the valuations of risky assets including cryptocurrencies.

Crypto market sentiment continues to be swayed by geopolitical tensions that have refused to die down despite the talks of a high-level summit between the U.S and Russian political leadership.