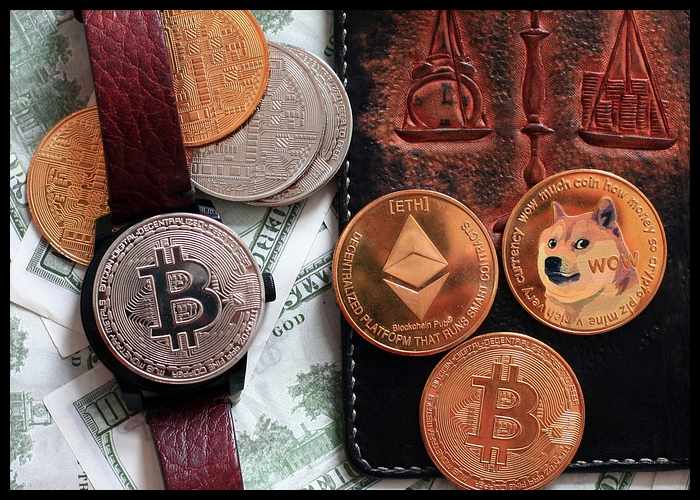 Crypto markets remained subdued early on Friday as investors weighed the impact of the interest rate hikes announced by the Federal Reserve and Bank of England.

Both the central banks raised the rates by quarter percentage each, and on expected lines. However, the Fed’s dovish action and a simultaneous hawkish stance has spooked investor sentiment as markets grapple with the prospect of six more rate hikes during the current fiscal. Lack of progress in the Russia-Ukraine ceasefire talks too dampened investor sentiment.

Markets also assessed the Dollar’s rebound after correction in the previous sessions. The Dollar Index is currently at 98.54, having gained substantially from the level of 97.96 on Thursday.

Crypto market capitalization dropped close to a percent to $1.82 trillion. Bitcoin’s dominance dipped to 42.3 percent while Ethereum powered to 18.5 percent.

Bitcoin is trading at $40,536.24, down 1.05 percent in the past 24 hours. Search data on Google Trends shows that ‘Bitcoin’ searches dropped to a six-month low reading of 30 in February, compared to 100 in mid-May, providing insights on behavioral dynamics in the context of a turbulent period in the lead cryptocurrency’s history.

Ethereum is trading at $2,806.06, down marginally by 0.17 percent amidst huge expectations regarding the arrival of Ethereum 2.0. Meanwhile, Ethereum Co-founder Joe Lubin has reiterated his expectation that the next era of Ethereum would come within the next 6 months.

As per data published by stakingrewards.com which tracks 261 yield-bearing assets, staked value of Terra (Luna) is at $26.45 billion, below the $33.02 billion attributed to top-ranked Solana (SOL) and the $26.62 billion on account of Ethereum 2.0. Terra’s staked value has dropped from $31.7 billion on March 11 whereas Solana (SOL) bettered its previous level of $32.1 billion and Ethereum 2.0 improved from $25.1 billion.

Apecoin (APE), the new token of the popular NFT project Bored Ape Yacht Club has jumped to the 33rd ranking among all cryptocurrencies and 14th rank among all crypto tokens after prices surged around 100 percent in the past 24 hours. The cumulative gains on the token that was launched on March 17 exceed 1300 percent.

With a circulating supply of 0.28 billion and market capitalization of $4.11 billion, the ERC-20 token which is used within the Bored Ape NFT ecosystem is now ranked as the most valuable cryptocurrency in the Entertainment category. Based on market capitalization, it is also now ranked the second most valuable cryptocurrency in the Collectibles & NFT, Metaverse, Content Creation, Gaming, DAO and Governance categories.

In legal news, Coinbase Global Inc, Coinbase Inc, and Brian Armstrong, the CEO of Coinbase Global have been named defendants in a class action lawsuit that claims that the Nasdaq-listed exchange acted in the capacity of a brokerage for securities without sharing the required risks involved in trading as many as 79 different tokens. According to the Plaintiffs, Coinbase is liable as a brokerage firm and an “actual seller” when exchange takes place, crediting and debiting the parties involved in the transaction in its accounts, rather than facilitating direct exchange between those parties. The plaintiffs are being represented by Connecticut law firm Silver Golub & Teitell.

The previous occasion when the Fed raised interest rates was on 20 December 2018, when after increasing the Fed Funds Rate to 2.50 percent, the Fed promised to stop raising rates. At that time, Bitcoin was trading around $3250 and commanded a market capitalization of $57 billion.

Between March 2020 and March 2022, the Fed’s Balance Sheet increased from $4.31 trillion to $8.91 trillion. FOMC’s January press release stated that it expected to commence reducing the size of the Federal Reserve’s balance sheet after the process of increasing the target range for the federal funds rate had begun. The latest word on this is that the Committee expects to begin reducing its holdings of Treasury securities and agency debt and agency mortgage-backed securities at a coming meeting.

The quantitative easing carried out to increase money supply and stimulate economic growth would have found its way to varied asset classes. The Balance Sheet reduction aims to reverse the effect of the liquidity easing, given the profound impact it has had on inflation.

Tracking the Fed’s Balance Sheet reduction program could give a sense of how liquidity and asset valuations would pan out in the day’s to come. All asset classes would invariably have to take cognizance of this repositioning. Cryptocurrencies are no exception.